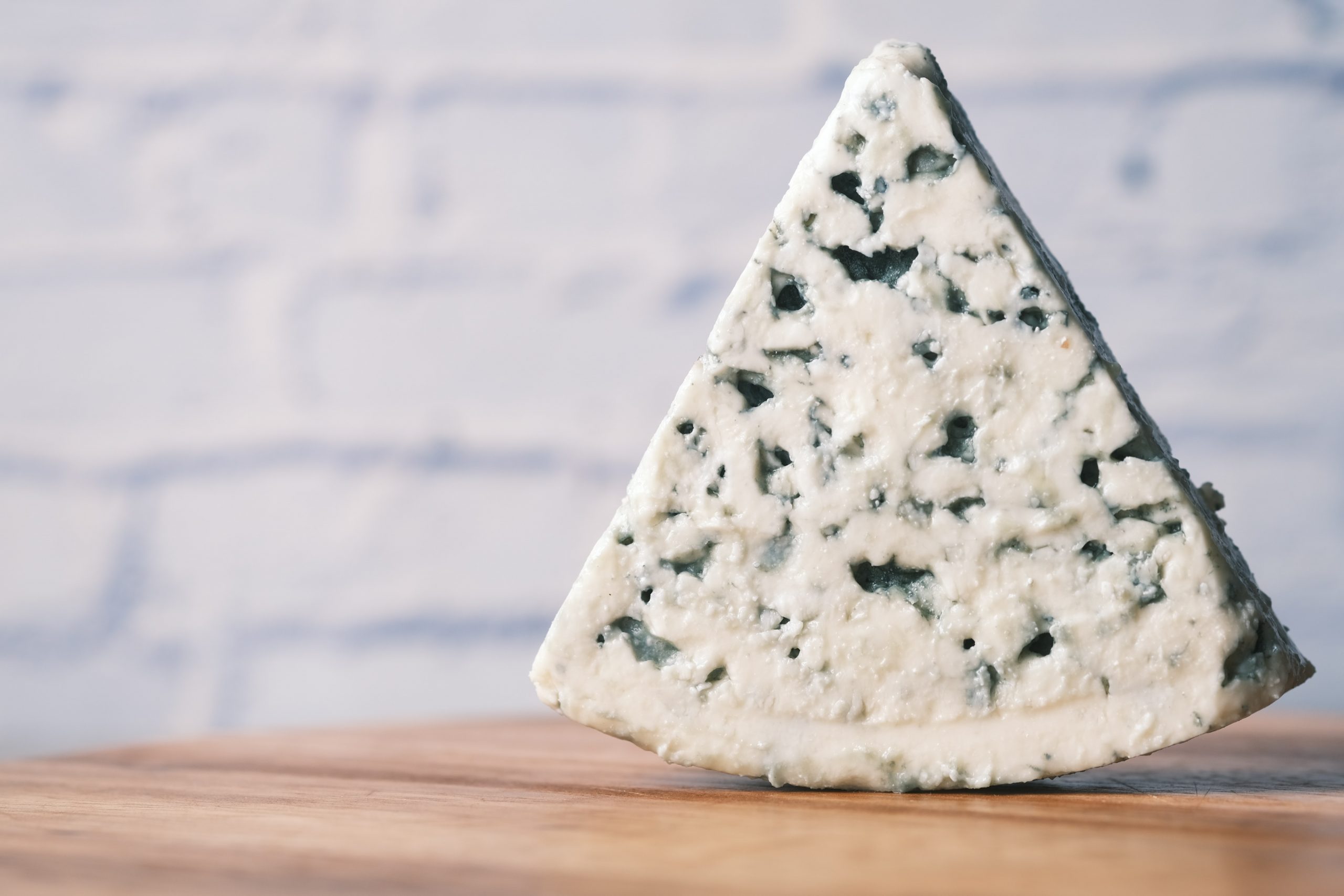 As per the French pronunciation, blue cheese is also popularly known as Bleu cheese. France was where it was first produced, and it goes without saying. Blue cheese has everything that would make you fall for it. Let us start from the look first. As the name itself suggests, blue cheese has streaks and patches of blue scattered throughout the cheese. These natural patches give the cheese an extraordinarily exotic and luxury food feel. However, the look would fail if there was no taste and flavor to support it.

Using blue cheese makes a difference to the taste. The cheese is so versatile you can practically use it in any recipe. The taste of blue cheese can be best described as a hint of sharp, tangy, savory, spicy, and salty but with an intense aroma. The characteristic blue streaks are the mold that grows within the cheese over time. The breakdown of fat and the blue mold gives the cheese a distinct rich flavor, exotic taste, and characteristic aroma.

What Can Substitute Blue Cheese?

Let us warn you that this cheese smells a little different and may put some people off. The smell of the cheese grows on you over time. This unpleasant smell may force you to look for alternatives when entertaining guests who are not used to blue cheese. A lack of availability at other times can be why you need a blue cheese substitute. Today, we have brought you a list of blue cheese alternatives you can use to replace blue cheese in the kitchen. Let us get started.

Feta is made from either sheep’s milk or goat’s milk, or a combination of the two. It tastes best if it has originated from Greece, where it was first made. Feta cheese gets its taste from the sheep and goats that feed on the grasslands and the floras in Greece. Feta is quite similar to blue cheese when it comes to taste. The specific production process gives Feta. It has a unique tangy, spicy, acidic taste and salty. The texture of feta is also crumbly, making it a very close substitute for blue cheese. Feta is our preferred substitute for the ease of availability and the cost factor. Feta is as versatile as blue cheese and can be used in salads, sandwiches, and any other recipe. That Feta looks just plain white is the only con we can think of.

Halloumi cheese is similar to Feta cheese in look, taste, and texture. While Halloumi cheese lacks in tanginess and spiciness, it makes up for its extra saltiness. Saltiness can spoil recipes, and you will need to be extra careful with it. The cheese is soft and creamy and goes well with all recipes.

Gorgonzola comes from Italy, and just like Blue cheese, it is pretty popular in Italy. It is exclusive to Italy and can only be produced there, so you can rest assured about its quality and origins. The process of making Gorgonzola has not changed in centuries. Gorgonzola is made from unpasteurized cow’s milk along with other ingredients. Please note that Gorgonzola is available in two versions, hard and soft. The soft cheese is called Gorgonzola Dolce, whose taste is rich and creamy. The hard cheese is called Gorgonzola Piccante, which has a sharp flavor. Gorgonzola has green-colored streaks of mold that make it score higher on the look factor as a substitute.

Queso Fresco is made from cow’s milk when treated with vinegar, citric acid, and rennet. These acidic ingredients give the Queso Fresco a distinctly soft and creamy texture and a tangy and salty taste. The surface is smooth yet crumbly. These characteristics of Queso Fresco make it an ideal replacement for blue cheese. Queso Fresco is a good substitute for recipes where you want to crumble and sprinkle the cheese instead of cooking it. Therefore this cheese can be used in tacos, sandwiches, elote, and other Mexican dishes. As Queso Fresco is already high in salty and acidic ingredients because of the way it is made, it can spoil the flavor of those dishes that already include vinegar or lemon. So please keep that in mind. The only con, just like Feta cheese, is it is plain white, so it does not look anywhere close to blue cheese.

Maytag is a relatively new entrant in the cheese world with a history dating back to just a hundred years. Nevertheless, it is an excellent substitute due to its looks and flavor. Sometimes, you would not be able to differentiate between Maytag and Blue cheese because they display the same characteristic blue molds and patches. The taste of Maytag is slightly different. Maytag taste can be described as soft, creamy, rich, intense, yet with fruit tones. The taste is a beautiful combination of different flavors and crumbly, meaning it can be used precisely the same way as blue cheese. Maytag is also relatively cheap, considering all other alternatives, so you can replace it with blue cheese just for the price factor itself.

Roquefort Cheese also comes from France and is made of sheep’s milk exposed to cave mold infestation for three months. The process of making Roquefort Cheese is exquisite and is a subject of another discussion. However, Roquefort Cheese looks and tastes very similar to blue cheese. The blue streaks, a sharp, tangy, spicy flavor, and soft crumbly texture make it a great substitute. The original ones come only from the rocky caves in the north of France, so only select the original ones.

If you are in an emergency, you can also settle for goat cheese, cheddar cheese (preferably aged for the intense kick of flavor), or habañero cheddar. As long as you can save the recipe, all is good. Need more sourness to the final taste? Just add a bit of sour cream!

We have shared quite a few substitutes originating from different parts of the world. So no matter where you are, you will find at least one good substitute for blue cheese. We also tried to give you options that taste pretty similar, if not match the look and feel. All the chances are good and will save you the day and the recipe. I hope you liked the information we presented to you today.

Rosewater is a special kind of exotic product left after distilling rose petals. The product became popular and exotic because it contains the floral notes of rose, which added to any food and a...

Saltine crackers are an exceeding form of snack that can be combined with any other food. Everyone loves saltine crackers because of their simplicity of taste and their making. They are made quickly...