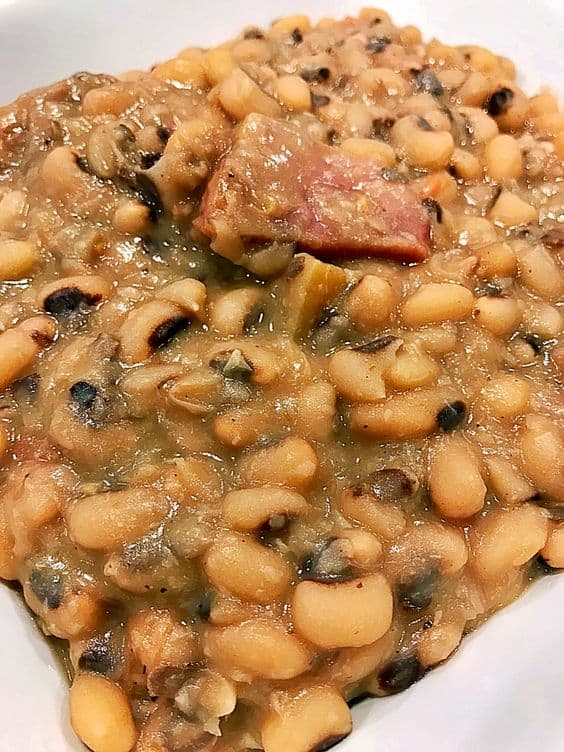 When thinking about black-eyed peas, the majority of people probably think of Mexican food. Right? It’s a bean, and a lot of people associate beans with that type of cuisine. However, black-eyed peas originated from Western Africa and were cultivated in the Southern United States. Cultivation is the act of essentially raising crops until they are ready for harvesting. But that’s not the only relevancy between black-eyed peas and the south. Also, these beans are a well-known southern tradition and people typically eat them every year to start into the upcoming new year.

Around the mid-1700s, Southerners were proudly eating black-eyed peas on an almost-daily basis. Although many voyagers believed that the black-eyed peas were not to be touched as they were thought to be food left for the animals – the Southerners believed the beans were a good luck charm for their community. They took matters into their own hands and made a tradition of eating the beans with this belief. Shortly after, they believed that each year, on New Years Day, they would indulge in a hearty meal of black-eyed peas to keep the chaos away. But you may be wondering how simple foods could have the power to protect people from those worries.

Before we get into the meaning behind this good luck charm that is black-eyed peas, let’s get an idea of their New Years Day meal. Every year on New Years Day, the Southerners would prepare their black-eyed peas with bacon, collard greens, and a side of cornbread. Each of these ingredients holds a sentimental value to the people in the south. To get a better understanding of their beliefs, take a look at this key I’ve included helping decipher each meaning:

Bacon (or any other form of pork) represented positivity

As we learned above, Southerners in the mid-1700s had a pretty basic way of preparing their black-eyed peas. This could very well be from limited resources or their beliefs about the power each food has held within their lives. I’ve provided some information on what they used other than black-eyed peas for each New Years Day meal. However, there were a few different ways that you could prepare this food. Surprisingly, rice was a commonly known food that the Southerners liked to include with their beans, as it is simple to cook and pairs well with the taste of the beans. Nevertheless, it’s safe to say their go-to recipe is one containing their most sacred foods. Moreover, the recipe I’ve provided below is similar to the traditional meal they nourish themselves with on the New Year.

Tip: Keep in mind that, because the peas will absorb the water, you will need to keep an eye on the water level and add more when it’s getting low.

In today’s society, preparing black-eyed peas is sometimes taken to a bit higher level. In other words, people like to get creative with their recipes to create a new masterpiece indulged by many. For example, black-eyed peas are substantially popular with street food nowadays (tacos, burritos, burrito bowls, etc.). However, that doesn’t mean Southern traditions have not crossed over into the 21st century. Even today, black-eyed peas go great will some rice – whether it’s together or prepared aside.

As far as the beans serving as a good luck charm goes, I’m not too sure of that in today’s community. But I can assure you that the nutrients packed tightly into the beans have helped make it a family favorite for many. One exciting way black-eyed peas have been prepared is by peeling and mashing the beans into balls to be deep-fried. Also, they were evenly baked into some black-eyed pea fritters. See? Creative! Regardless of how you prepare it, you’re bound to receive plenty of nutrients from these beans.

Tip: Popularly served with some cornbread!