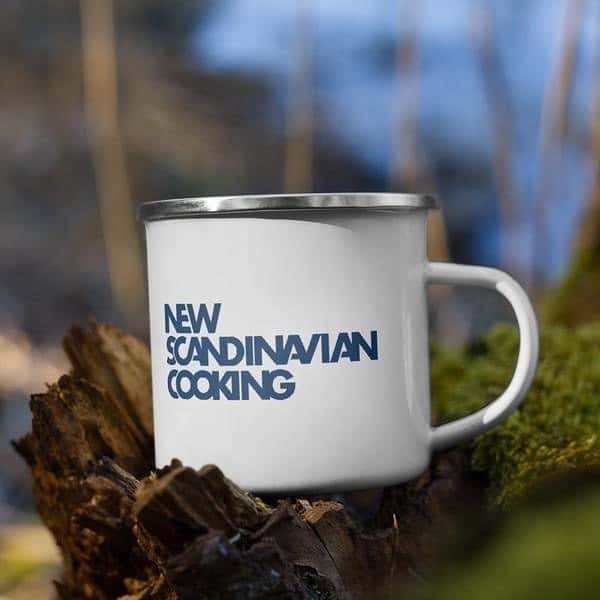 New Scandinavian Cooking is a cooking show. With the first season being aired back in 2003, this show has been running for 19 seasons. The show is hosted by various culinary experts, most notably Andres Viestad and Tina Nördstrom.

The series was incredibly popular in part because of how the cooking took place. Instead of using a studio with a well-equipped kitchen like it’s usually done on these types of shows, Andreas Viestad cooked with rural scenery behind him using a simple, mobile kitchen. This set the stage for later seasons where we would get to see the real countryside where the food was from as it was being cooked.

In 2020 it was announced that the 16th season was in production. Christer Rødseth, a chef from Norway, is set to be the host for the season.

Like any other cooking show, NSC is a show that primarily lets us in on dishes that we otherwise wouldn’t have known about while teaching us how to make them.

As the name somewhat suggests, the show is mostly about Scandinavian food. Scandinavia is a region that englobes the countries of Denmark, Norway, and Sweden.

The show works by showing the culture of these countries and teaching us the origin of these dishes. We also learn about the ways of the specific region said dishes are from. While it certainly has a certain focus on tradition and traditional and rural cuisine, the “new” in New Scandinavian Cooking isn’t there for naught. This show tries to take traditional Scandinavian food and make it modern, tastier, and more palatable for international audiences.

The show has had several notable hosts:

Andreas Viestad, the first host of the show, is a revolutionary chef and is very influential today. Originally from Norway, this world-renowned chef has a weekly column on The Washington Post called “The Gastronomer.” Interestingly enough, Andreas isn’t a trained chef- he graduated from Oslo university— not as a chef, but as Master of Arts.

He’s also a very proficient writer, having published about a dozen books, many of them about cooking and history. One of his most recommended books is Kitchen of Light: The New Scandinavian Cooking.

He comes back in season 11 (2014) along with second host Tina Nördstrom as they rotate being the hosts of this program; to this day, these two chefs are the most celebrated of the series.

Tina Nördstrom is also a famous Scandinavian chef hailing from Sweden. She hosted the show’s second season. (critically-acclaimed) and has gone on to produce other culinary shows, such as Tina’s Cookalong, featuring Gordon Ramsay.

Tina has come back in several instances, as it was during the 6th season where she took turns with original host Andreas Viestad and Claus Meyer to host the season. This happened again during the 11th season of the show.

Claus Meyer is a culinary expert from Denmark. He’s been at the forefront of numerous projects and is described as a culinary entrepreneur and a food activist. He was the third host of the show New Scandinavian Cooking.

An associate professor in the Department of Food at the University of Copenhagen, Claus Meyer is one of the world’s most famous chefs and has opened several restaurants around the world.

What kind of food do they eat in Scandinavia, though? Let’s take a look at some of the most popular Scandinavian dishes:

A deliciously minimal dish consisting of cured salmon. Although gravlax can be made using other fish, salmon is the preferred one because of its flavor.

Essentially, salmon is cured using a marinade made of salt, dill, and sugar. It is then marinated for at least twelve hours and up to two days. After that, it is usually served either by itself or with potatoes or bread.

Pancakes are thought to originate in Scandinavian cuisine and are a favorite of many Scandinavians- where they don’t think about them as a breakfast food but are eaten even for dinner. However, the Raggmunk is a different type of pancake.

In short, shredded raw potato is added to the pancake mix (flour, milk, and eggs), and then they are fried, making for a much crispier pancake than the ones we’re accustomed to. They are served with bacon and lingonberry jam. Delicious!

Liver Paté in English, Leverpostej is unbelievably popular in Denmark. As popular as peanut butter and jelly, leverpostej was named the favorite sandwich topping by 92% of all people in Denmark.

This delicious spread is made primarily from pork liver- lard, onion, flour, egg, salt, pepper, and spices are all mixed together and subsequently baked in an oven. The result is a delicious spread that can be used as a topping for almost anything.

Like Leverpostej, this one’s also a sort of spread, meant to be had with toast or other types of bread.

It is a combination of shrimp, sour cream, and mayonnaise that is very easy to make and incredibly delicious- it’s one of the to-go foods when Swedish people want something easy to make and quick.

A famous variation of Toast Skagen has löjrom on top, a type of northern Swedish caviar that is very expensive (but worth it!).

This yellow pea soup is a very old, traditional Swedish recipe. A lot of similar dishes -pea soups in particular- can be seen along with Scandinavia in traditional cuisine.

A similar dish can be seen prepared by Andreas Viestad in the first season of New Scandinavian Cooking. Its base ingredients are simply peas and salted pork, and it can be condimented as well as eaten as it is.

As you can see, Scandinavian cuisine is incredibly fun and delicious. So is the show New Scandinavian Cooking! We strongly recommend you check out the new season as well as the older ones. Any season with Andreas Viestad is worth watching.