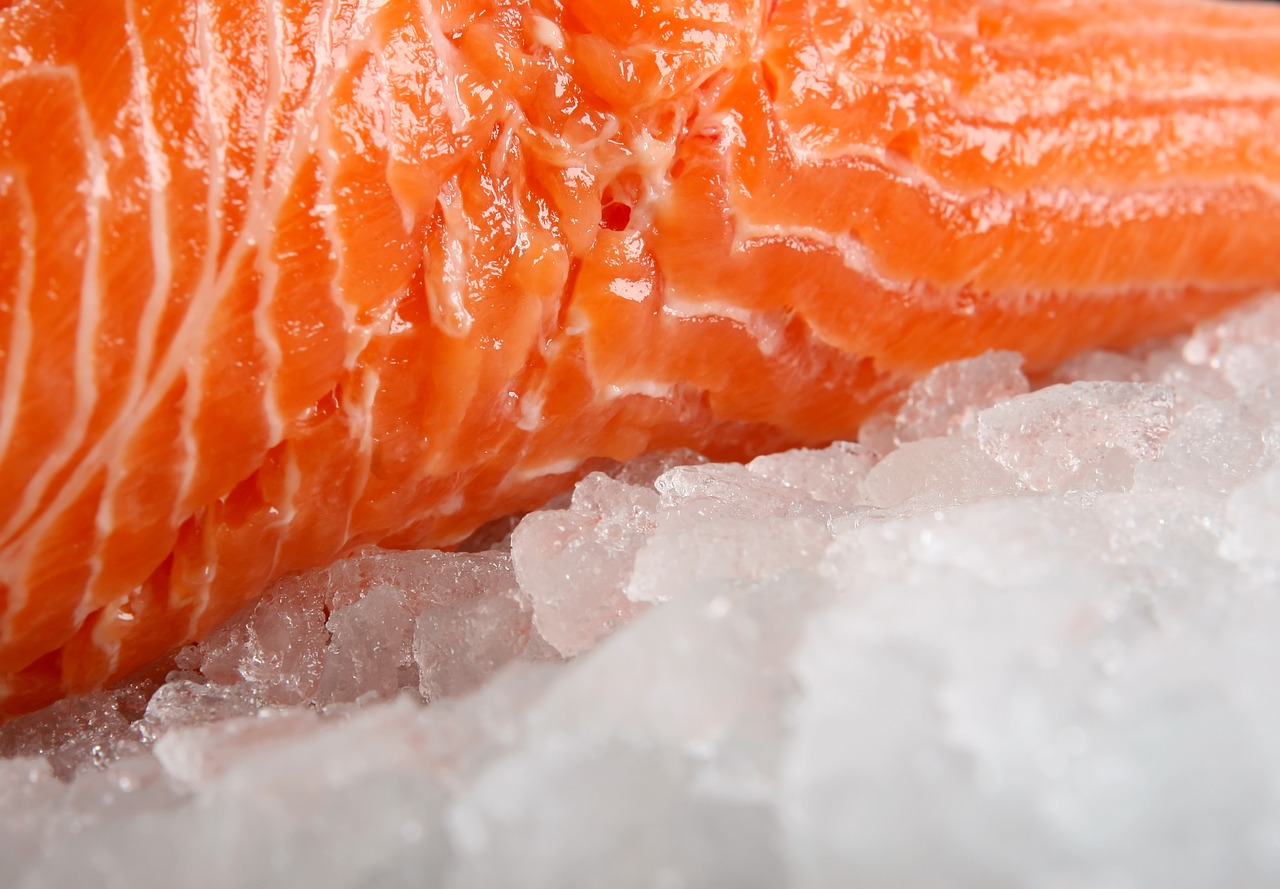 So, you want to know how to cook frozen salmon? You come to the right place. But first let us get to know salmons a little bit better and why people love them.

Salmon is common among food lovers, dieters, “pagans” (vegetarians who eat only fish), and budget-conscious families. Both Atlantic (farm-raised) and wild-caught salmon are tasty varieties, versatile in recipes, and filled with Omega-3 and Omega-6 fatty acids. These nutrients are essential for a healthy diet, improving blood pressure, reduce cholesterol & heart diseases.

Fishmongers do their best to remove all bones while filleting fish, but tiny pin bones can occasionally be found just under the skin. Using a clean pair of kitchen tweezers, remove pin bones. Brush against the grain of your fillet with clean hands, find the tiny bones under your fingertips, and remove them one by one with tweezers.

It is time to select your cooking method now that you have a beautiful, de-boned fillet ready for the oven:

Cook Frozen Salmon in the Oven

Salmon is a favorite among many. Salmon is a low-carb food that can be tucked into parchment bags, steamed in foil, sizzled with vegetables in sheet pan dinners, or slow-roasted in a skillet while you assist your children with their homework (or set a candlelit table for two).

You get the idea–salmon is unquestionably a superfood, and when cooked in the oven, salmon is a superb option for a super-fast supper. Salmon can be cooked in a variety of ways, from baked salmon recipes to foil-wrapped salmon. Here is our pick of the best recipes, as well as everything else you need to read.

Use your imagination and trust your taste buds. You should do it! Salmon is a nutrient-dense, mild-flavored fish, and it quickly absorbs flavors. Salmon goes exceptionally well with sticky steamed rice, bright green grilled bok choy, crunchy slaw, or roasted potatoes.

Equipment You Need To Cook Frozen Salmon In The Oven

You will need a few tools to cook frozen salmon in the oven:

Parchment Paper Prevents Sticking: the parchment paper keeps things from sticking together and makes cleanup easier. Parchment paper is cheap and versatile in the kitchen, and it is available both in any grocery store or online.

A Large Enough Baking Sheet Pan To Hold The Fillet: the so-called “12sheet pan” is ideal for most ovens, and a 14 sheet pan will suffice for smaller, apartment-sized ranges. (This smaller pan comes in handy for various tasks, including toasting almonds, broiling garlic bread, and even baking a one- or two-person midnight cookie batch.) Oven-roasted salmon works well in toaster ovens, which usually come with their scaled-down sheet pans. Cut your salmon fillet into smaller parts for a toaster oven. To cook in a toaster oven, reduce the recipe by half.

Top-notch Frozen Salmon Recipes You Have To Try

There will be no best frozen salmon recipe, but four different options for you to pick. Let’s see how to make this dish step-by-step:

To cook cumin roasted frozen salmon you need these ingredients:

This recipe uses both the stove and the oven to make a crispy, spicy, salty crust.

Ingredients are as follows:

To cook oven-roasted frozen salmon, you need these ingredients:

What are the best ways to buy salmon?

Wild salmon can be light or dark red, and when fried, it can have an intense or mild flavor. These characteristics suggest variation rather than perfection. Experiment by picking a different salmon each time you go shopping, and you will eventually figure out what you like best. Choose salmon fillets that are plump and moist, just like any other fish. The presence of moisture can determine freshness. We should avoid fried or curled-looking fillets, as should any fish with an odor.

At what temperature should we cook salmon?

According to the FDA, Cook salmon to an internal temperature of 145 degrees Fahrenheit, or 4-6 minutes per 12-inch thickness. Take extra precautions with frozen salmon, but bear in mind that it tends to cook after being removed from the oven, so taking your oven-roasted salmon fillet out at 140°F and letting it rest for five minutes is fine.

Is it possible to eat rare salmon?

At medium to medium-rare, super fresh salmon is safe to consume, but there are still hazards when consuming fish considered undercooked. On the other hand, sushi-grade raw salmon is a different story in terms of a higher standard.

Is it necessary to skin salmon before cooking it?

The skin helps to keep the moisture in the fillet as it cooks. Crispy salmon skin is delicious and nutritious, but the skin seldom crispens with oven-rusty salmon, so that you may want to cook the fat but leave it on the serving dish.

What is the distinction between baked and roasted salmon?

It’s been a lengthy article, and I am happy that you got here. In conclusion, salmon and oven are a fantastic combination. It will be as tasty as mainstream salmon dishes like salmon teriyaki or salmon sashimi if you learn to cook it right. I hope this article helped you cook frozen salmon. Thanks for visiting Cooking At Noon!