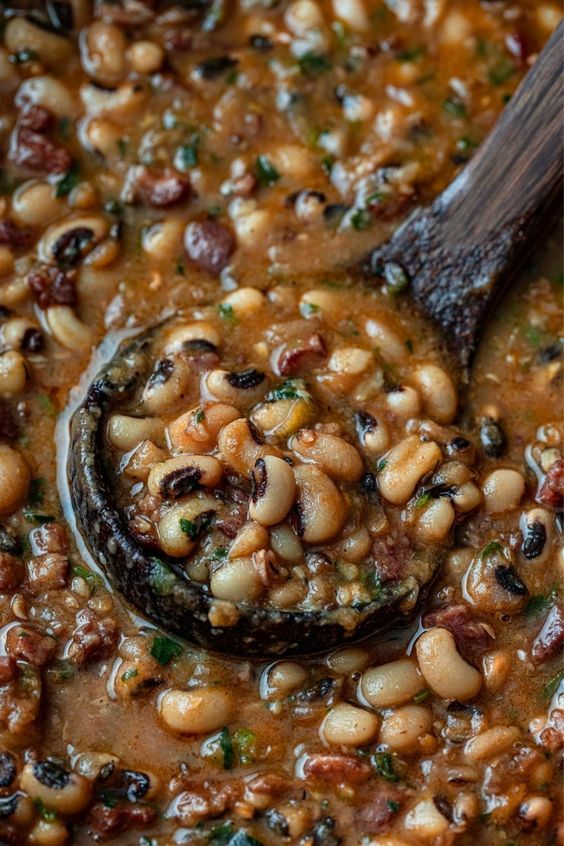 Black-eyed peas are an exceedingly nutritious source of potassium, magnesium, iron, fiber, and much more. However, they do take a good chunk of time to cook and fully prepare as a meal, and not everyone has the time to come home and prepare the peas after a long day of work. Thankfully canned black-eyed peas are an option. Now, I know what you’re thinking, canned black-eyed peas are drenched in sodium. And that’s true, but there are ways around that excessive sodium count that will still provide you with enriched nourishment while having a quick meal. After all, canned peas = precooked = great for instant meals!

It’s expected that when shopping for canned goods, buyers check the price and grab what’s cheapest or most applicable to the recipe they have in mind. But the truth is, there’s more to it than just the price, for example, package sizes. Many have a pretty big idea when looking at can sizes: the more giant cans contain more than the smaller ones. However, that’s not true at all. The size of the can depends on where it’s from, the brand producing it, and when it was harvested and prepared. The price of a can is based on the weight of the contents inside. This means that a more giant and more miniature can could have the same amount but be placed in a bigger can due to pea size or the amount of the liquid the peas are submerged in.

Let’s say you purchased a can of black-eyed peas but changed your mind about using them at that time. Because they’re in a can, storing is easy. However, you may have noticed these cans have a best-by-date label. We’ve been told that if products are not consumed or used by that date, they are no longer edible. As much as we’ve all believed that to be true all our lives, it’s different with canned goods. The date on the can usually interprets that the peas will be good for a year or two if unopened. However, if stored properly, the peas can indeed last anywhere from a few years to decades! To keep these cans properly, they need to endure undamaged and consistently remain in a location that never exceeds 70°F.

Cooking canned black-eyed peas is a relatively simple process. As simple as it is, there are two ways you cook go about preparing these peas.

As mentioned earlier, canned black-eyed peas tend to be very high in sodium, and many consumers dislike this part and often turn away from using the canned peas.

One 15 ounces can provide about four servings.

One single serving is ½ cup

Each ½ cup is equal to 500 milligrams of sodium

There are low sodium alternatives to this product for those who are not a fan of the excessive sodium count in the canned black-eyed peas. Nevertheless, rinsing the canned peas in cold water for a minute is a great way to lower the amount of sodium at home.

Have you ever noticed the appearance of a black-eyed pea compared to a green pea? They look significantly different. But due to the word “peas” loosely added to the name of this product, many believe they are indeed peas. Black-eyed peas look like beans rather than peas, which has caused many to question, are black-eyed peas beans?

The short answer is yes: they are beans, and they’re legumes! A legume is a plant pod we use for food. Thus, meaning peas and beans are legumes because they both have pods and seeds that w can eat. Black-eyed peas are also known as “goat peas,” “southern peas,” and “cowpeas.”

Canned black-eyed peas are easy to prepare. They are a good ingredient for almost any recipe. So, be creative and enjoy your cooking!